Recently the cheating-on-your-partner website Ashley Madison was hacked and the secret lives of millions of people revealed. There are reports of suicides as a result of the information being made public. Now the found and CEO has resigned, and I'm not shedding a tear for his demise.

The police in this country are investigating the breech of security, which is illegal, and have spoken of the harm this has done to so many. Not all that long ago adultery was considered a sin and there was a moral judgement in our legal system against those who were caught cheating on a spouse.  While the latter has changed, the commandment against adultery hasn't been expunged from the bible yet. It's still there, short and blunt.

I have no interest in thundering away about the moral decline of our culture, yet I was struck by how rapidly our mores have changed. If it is true that individuals have taken their own lives because of exposure then cheating and telling still matters for some. And I have to wonder how many marriages will end up on the rocks because of the cheatin' hearts of well, millions. Maybe the outrage will come from the pulpits of more conservative churches and mainline congregations should take it a little more seriously. As a pastor I have certainly seen the tremendous damage to families resulting from unfaithfulness in marriages.

Jesus actually upped the ante when he said that lust was a form of adultery. He was uncomfortably radical at times. He seemed to want us to be faithful in every aspect of our lives. Thank God for grace!

What has been going through your mind as the Ashley Madison hack has unfolded. Do faith communities still have a responsibility to address morality and immorality?
Posted by David Mundy at 4:00 AM 5 comments:

Today marks the tenth anniversary of Hurricane Katrina and there will be plenty of public spin about the recovery of the city of New Orleans and the triumph of the human spirit. No doubt little will be said about how human hubris created this catastrophe in the first place. The growing intensity of storms due to climate change and the destruction of natural barriers created a recipe for disaster.  Nor will there be much attention given to the neighbourhoods of the city which have not recovered from the devastation, not to mention the tens of thousands who left New Orleans. The population of the Big Easy has decreased by roughly 100,000, or twenty percent. Billions have been spent on restoration yet there is little evidence of this in the poorest neighbourhoods such as the Lower 9th Ward. 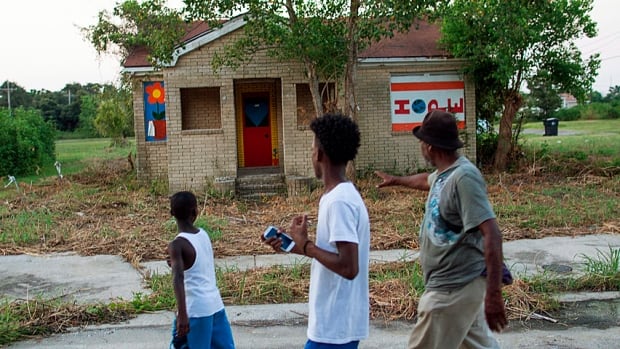 Pope Francis' recent environmental encyclical addresses the effect of climate change on the poor, who are and will be the most vulnerable as weather becomes less predictable and sea levels rise. Many of the migrants who are dying as they seek new homes are environmental refugees.

I wonder if religious groups will offer a memorial service today, remembering those who died, those who were displaced, and the groaning of God's creation? I hope so. This is a profoundly spiritual issue and one we should all keep in the forefront of our thoughts and prayers.

Thoughts?
Posted by David Mundy at 8:52 AM No comments:

This week we saw the film Mr. Holmes starring the remarkable Ian McKellen as the infamous detective with almost preternatural deductive powers. Except that in this story Holmes is aged, and his memory is failing. He makes a wry joke about senility at one point, but his dementia isn't funny. The film is quite good, in no small part because of the fine cast. Milo Parker plays the son of Holmes' housekeeper and is the elderly man's protégé, and caregiver in certain respects. McKellen's face is so able to express the range of emotions related to his loss of memory.

After decades of an upward trajectory for dementia and Alzheimer's there are new studies suggesting that dementia is now on the decline.  http://www.irishtimes.com/news/science/dementia-rates-lower-than-feared-in-europe-research-shows-1.2323425 While this is encouraging, we are all aware of someone in our circle of care who suffers from dementia, and in so many congregations there are once vibrant and active members who are now in the shadows of memory loss from different causes. From my experience the most heart-wrenching situations are those where the sufferer is aware of decline, and is living through the grief of their cognitive decline. While science is making strides for treatment, there are still so many situations where pastoral care, spiritual care, is essential for those living with the disease and those supporting them.

The film is well done and worthwhile and invites us to ponder the realities of dementia for so many, including those with remarkable minds.
Posted by David Mundy at 4:00 AM 1 comment:

Not Up For Debate 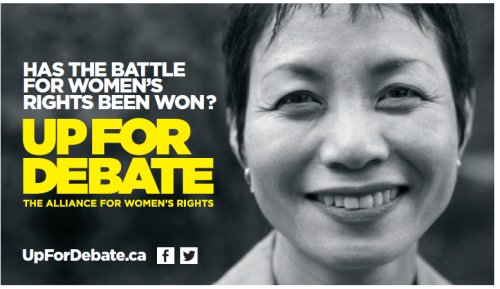 I see that the scheduled debate on women's issues by the leaders of the federal parties has been cancelled. It seems that the September 21st event, which was meant to be broadcast live, has suffered from the domino effect. Prime Minister Harper decided not to participate. Mr. Mulcair withdrew because he won't take part in a debate without Harper. The other leaders concluded that there wasn't any point without these two. As a result the coalition of women's groups called Up for Debate will have to find other avenues to get a sense of where the parties stand on aspects of this important discussion. http://upfordebate.ca/our-vision


Are any of you disappointed that this has transpired? We know that Canada is a wonderful country for women in many respects. We regularly score in the top ten nations of the world in terms of women's rights, education, healthcare. In some surveys we are at the top of the list for G20 countries.
Still, women in Canada make about two thirds of what men make in the workplace. We don't do as well as other advanced nations as far as women leading corporations or being elected to public office. Domestic violence and sexism remain as ugly realities. And an issue which might have been prominent in the debate is the lack of response to the disappearance of more than a thousand aboriginal women over the past thirty years. There is no national strategy for addressing this grim statistic.
Religious institutions have too often supported misogyny and the subjugation of women. Women have been excluded from leadership because of gender, not merit. Our United Church has worked to address and counteract this, finding ways to open our eyes to the gifts and strengths of women. You may have noticed that our newly elected moderator, Jordan Cantwell, is a woman. We certainly can't claim to have arrived, just the same.
I hope the UCC will express regret about the cancellation of this debate and challenge leaders to make their positions clear on women's issues. The importance of this discussion is not up for debate.
Posted by David Mundy at 4:00 AM 2 comments:

This is my first day back at Bridge St. UC after eight weeks of absence, a combination of vacation time and continuing education. I had no intention of disconnecting from this blog or social media beforehand, but it was what happened.

This was a rare opportunity for which I am very grateful. When I moved to Belleville two years ago I relinquished my planned sabbatical at St. Paul's, so gathering these weeks provided a much needed oasis, a restorative time to renew my body and spirit.

These eight weeks may have been the most physically active period of my adult life. I cycled, rambled, kayaked, camped, swam, gardened,  and canoed. I was fortunate that the weather allowed me to be outside virtually every day, and that while wife Ruth was working through many of these weeks we did a lot together. I also went to the gym faithfully but in some respects that was the necessary evil of the summer. I wanted to be outside and was so aware of how this feeds my soul and connects me with God.

I spent two weeks in outport Newfoundland and the weather was raw -- this has been the coldest summer in twenty years. For a week I was alone in an old saltbox home on Change Islands, thanks to the generosity of long-time friends. The painting by Therese Frere is actually the view I had every morning.  Fortunately we lived in Newfoundland decades ago and I went prepared with appropriate clothing, including winter gloves. I needed them! The morning I flew home from Gander it was six degrees Celsius and I could see my breath while waiting in the boarding lounge. I still explored each day I was there, regardless of weather. Just over the hill in the painting is the beginning of a rugged waterside trail. I walked it three times in the week I was there, never seeing another human being. I decided that the robins and chickadees I encountered on those raw days were truly courageous creatures.

I have reflected during this time on what it means to be an "insider" and all that this term means. I have been deeply aware during this time that Jesus was an intentional "outsider" in so many respects. He was outside the religious and political power structures of his day, and he also chose to live much of his ministry outside of established places of worship. He walked and climbed, he preached and taught and prayed out-of-doors.

I have been an outsider during these weeks and revelled in it. I will say more in the days ahead. For now I will offer my hello and hope that you will all reconnect with me.
Posted by David Mundy at 9:55 AM 5 comments: