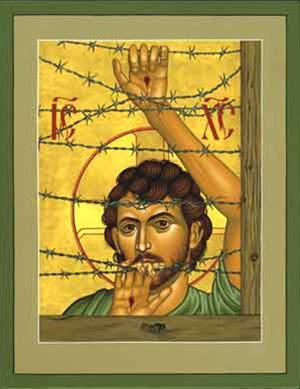 Huge expectations have been mounded on the slight shoulders of President-elect Barack Obama. He is supposed to heal racial tensions at home, fix the economy, restore America's international reputation, end the war in Iraq -- just to name a few. One of the modest yet symbolically significant promises he can fulfill is to close the military prison at Guantanamo Bay, Cuba. This prison has come to symbolize much of what is wrong with the regime of President Bush. While trumpeting freedom and democracy he has maintained this offshore prison about which even military lawyers haved expressed grave misgivings.

Most of the prisoners from Western nations have been sent back to their countries of origin to be dealt with through the courts of law, thanks to the insistence of their governments. The rest of the inmates languish in Guantanamo, without formal charges in a number of cases, and without adequate legal representation. Persuasive arguments have been made that the U.S. is ignoring the Geneva Convention and its own laws on human rights.
There is a Canadian in Guantanamo named Omar Kadhr, who was fifteen when he was captured after a fire-fight in Afghanistan. The argument has been made that as a child soldier he should not be treated like adults and that whatever his age he should receive due process. The Canadian government has been silent in this case.
Yesterday in worship I used the image created by Robert Lentz of the Christ who looks out at the world through barbed wire. This icon is entitled Christ of Maryknoll, but I think of it as Barbed Wire Jesus. It could be Christ of Guantanamo. In the gospel lesson Jesus asks us to see him in the faces of those who are imprisoned, whether justly or unjustly.
Perhaps the new president will act on his conscience to see that justice is done.
Posted by David Mundy at 6:55 AM

Yes, I hope that the closing of Guantanamo is one of Obama's first tasks once he is president.The denial of human rights there is a very black stain on America's reputation in the world.
What a wonderful picture - the barbed wire Christ. Is he on the outside looking in or on the inside looking out?

Your question is the one I asked in worship yesterday. We think he is inside, in solidarity, looking out.

I really like this painting. A while back I spent a fair bit of time looking at icons online. It was all new to me. At first I could barely look at them because on some level the images seemed frightening. There's the art and the genius in it, I guess. It will be interesting to see what becomes of Guantanamo if it is closed. I am interested in how the physical spaces where atrocities take place are either made into museums or abandoned. It seems we either immortalize these plots of earth or we attempt to erase them. I have wondered what it would be like to visit the concentration camps of WWII. On a more local level we visited the old Ottawa jail a couple of years ago, and as I stood on death row, I really felt something physical like suffering from the perspective of Jesus. It broke my heart. I think He was there, in both the past and the present simultaneously. It was a strange experience.