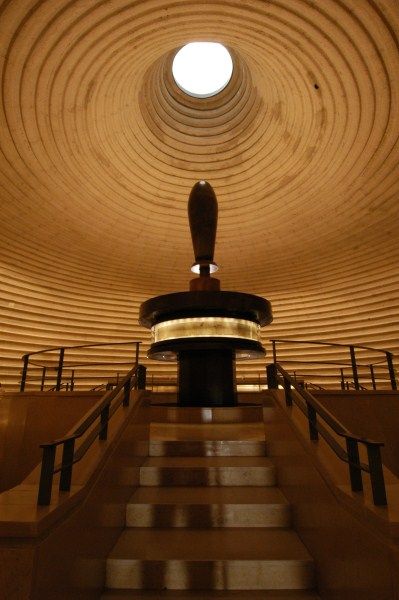 Shrine of the Book Jerusalem

Back in my 30's -half a lifetime ago - I made three trips to Israel with groups of people. All were worthwhile and while each one was unique there were a number of common experiences, One was a visit to the Shrine of the Book Dead Sea Scrolls Museum in Jerusalem. This gave a fascinating glimpse of a the strangely apocalyptic world of the Essenes, one of the principle Jewish religious groups in the time of Jesus.

These scrolls from the three centuries before Jesus and the first century CE were discovered during the 1940's and 50's in caves near Qumran, by the Dead Sea. They are incredibly important from a scholarly standpoint because they provide the earliest written texts for some books of the Jewish scriptures, what we often call the Old Testament. There was plenty of intrigue around their discovery as they were hidden and trafficked by unscrupulous dealers. Some were buried to hide them and destroyed as a result. Antiquities are very valuable and some people will go to any end to obtain and sell them, while some collectors are equally sketchy. 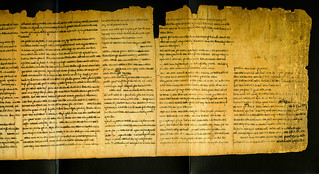 Enter the Museum of the Bible in Washington DC, a privately funded museum which opened in late 2017. I've written before that I have mixed feelings about this collection even though I think I would be fascinated by some of its displays and exhibitions. One of my concerns is the ethics of how some of  the artifacts were obtained. Before it even opened there was a lawsuit about some of the Iraqi artifacts which may have been looted during the Persian Gulf War and brought into the United States surreptitiously

Now we've heard that all the fragments of the Dead Sea Scrolls in their collection are fakes, another common reality with antiquities.

I am regularly asked by a publisher if I would like to review a book by Steve Green,  the Museum of the Bible's founder. Since I don't agree with his conservative theology which has denied contraceptive coverage for employees of his Hobby Lobby chain, and attempting to create a religious education curriculum for public schools, I just don't respond to the requests.

It sounds as though the Green family would do well to get its ethical house in order.