Politics Can't Be Blind for Christians Religious faith has become a political issue in the United States as a crucial election looms. Those from the religious right, whether Evangelical Christians or conservative Roman Catholics have been vocal in their support for President Donald Trump because he supposedly shares their view on restricting access to abortion. There are evangelicals and RC's, including bishops and other clerics, who strongly oppose Trump's re-election because they have a broader view of being "pro-life." The Trump administration's support for capital punishment and the incarceration of immigrant children are two decidedly non-gospel and in contravention of Roman Catholic teaching.
At the Republican National Convention a Roman Catholic nun bluntly stated that Joe Biden and Kamala Harris on the Democratic ticket are anti-life, even celebrating abortion. Her presence on the podium and inflammatory language are alarming and misrepresentations of the views of both Biden and Harris. Some RC priests and at least one bishop have gone so far as to say that Biden is neither a Roman Catholic nor a Christian because he is pro-choice.
Meanwhile, Biden regularly attends worship and has spoken about the importance of his faith in the midst of personal tragedy. The president golfs on Sundays, admits that he never seeks forgiveness from the God of mercy, and according to former Trump lawyer, Michael Cohen, once dismissed evangelical leaders praying over him as "bullshit."

The faith of political candidates here in Canada is seldom of significance in elections, and while we don't place the same emphasis on the separation of church and state as in the US I would argue that we generally do so better. Just the same, in the last federal election there were two Roman Catholics as front-runners. Liberal Prime Minister Trudeau and Conservative leader Andrew Scheer were very different in their policies. Trudeau supports Same-Gender marriage and is pro-choice. Scheer supports neither, and it may have cost him the election because he was viewed as intolerant.
It's important for Christians to vote according to their faith-informed consciences. I voted Green in the last federal election because I felt that the Liberals had reneged on their climate change policies and the Conservatives failed miserably in offering a policy at all. The protection of Creation is vital.
I feel that as Christians we should all be political, because reasonable governments do the will of the people for a common good. And we should never forget that Jesus' execution was a political choice,even though it was a cosmic event. Yet we should attempt to be political without being partisan, as best we're able. Our commitment is to God, and God's reign. To act in blind allegiance to any political party as the "Godly" alternative in blind allegiance is idolatry. In 37 years of pastoral ministry I never endorsed a political party or stated my preference. I did encourage folk to attend candidate debates and to vote.
What happens south of the border profoundly effects our well-being here in Canada, so can all do some serious praying in these next two months before the US election. 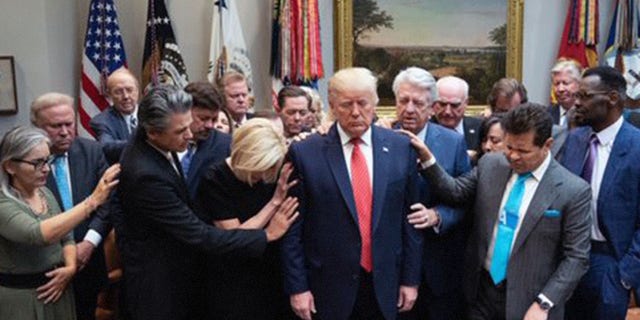 I'm counting the days towards Trump's hopeful departure from the White House. Then again, apparently if he doesn't want to leave, it could be problematic. Excuse me? If he loses the election, he should be forcefully removed! He's like a toddler in a sandbox yelling that he won't get out. The only difference is Trump hasn't got the intelligence of a toddler.

Every time I see someone on TV praising Trump, my blood pressure goes up. When someone is narcissistic, racist, homophobic, sexually assaults women and is misogynistic, and BEFORE the election bragged about assaulting women and saying he could walk up a street in NYC and shoot people, there should be zero, ZERO people voting for this buffoon. But millions did, and millions will again.

I'm sorry, but it really makes American look.....(you can fill in the blank).

We can pray that Toddler Trump doesn't get a "terrible twos" (second term.)