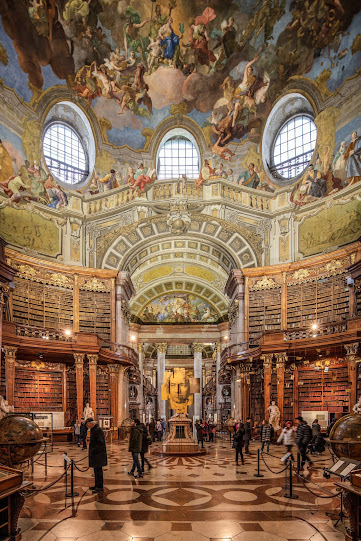 At the baroque Austrian National Library in Vienna, an extensive Beethoven exhibition includes the manuscript of his Ninth symphony. Credit...Andreas Meichsner for The New York Times

So many celebrations and other initiatives were curtailed or came to naught during 2020, many of which we just weren't aware. One for me, at least until the waning days of the year, was the 250th anniversary of the birth of Ludwig Beethoven, one of the most famous and performed composers of classical music.

Beethoven wasn't a particularly religious man despite being nominally Roman Catholic and working as a church organist as a younger man. He was a theist, as Jan Swafford explains in a piece for NPR:

In his letters and conversations he didn't seem much interested in the figure of Christ. God, however, interested Beethoven a lot. He studied books about Eastern religions and about revelations of the divine and nature. He quoted to friends a line of the Philosopher Kant: The starry skies above and the moral law beneath.

While his Ninth Symphony is the music most of us would identify with Beethoven, he considered his mass, Missa Solemnis, as his greatest achievement. The challenge was and is that is on such a grand scale that it really isn't possible to be performed in a church setting and ambitious for most orchestras. And it really isn't all that Christian, which is a bit of a problem for a a Roman Catholic mass. It is more "cosmic" in its vision, what we might have called New Age a few decades ago. It concludes with the Latin words  dona nobis pacem, give us peace.

Swafford suggests that the conclusion of Missa Solemnis is open-ended, which leads listeners to the Ninth Symphony. In turn, this symphony ends with the stirring vision of the chorale ending of the Ode to Joy. We have a version of this ode as a hymn in Voices United, the only piece ascribed to Beethoven in the hymnary of the United Church.

I really don't know bupkis about classical music, even though my father often had it thundering away in our home as I grew up.I'm probably better off with the clever kid's book, Beethoven Lives Upstairs.  We did have the opportunity to be immersed in the 9th at Roy Thompson Hall, a generous gift from a student for the ministry from a congregation I served. While I am staunchly Christian,  do find theses themes in Beethoven's music intriguing and they may be timely. .

Any comments or observations about Beethoven from those of you who are musically literate? 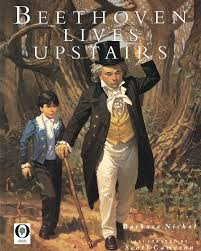