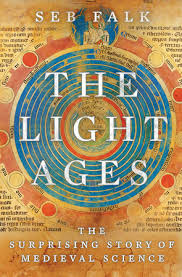 A recent New York Times review of three books on the development of science and medicine includes The Light Ages:The Surprising Story of Medieval Science By Seb Falk This title is,a play on the term Dark Ages which most of us know, perhaps vaguely, refers to the early Middle Ages, following the collapse of the Roman Empire. Some suggest that the time period is between 500 and 1,000 AD, although you can find much broader parameters for this era when civilization and progress in various aspects of science ground to a near halt. Apparently this book suggests that this premise is overstated and demonstrates how it isn't accurate.

Falk’s book seeks to put to rest forever the dismal imagery of the “Dark Ages” by describing the life and times of John of Westwyk, an English monk who lived from about 1350 to 1400, as northern Europe’s medieval period was drawing to a close. John was devoted to astronomy, and by following his own mental odyssey we learn in this book how to tell the time of year from the stars, what mechanism lay at the heart of the great astronomical clock at the monastery of St. Albans, how to operate an astrolabe and why the earliest sunset of the year comes several days before the winter solstice....

For John, the purpose of such technologies was twofold. A knowledge of astronomy was essential to computing the dates of Christian festivals such as Easter. And: “No astrologer … could even begin their work without knowing precisely where the planets were.” 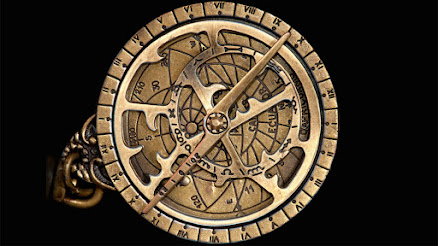 The Middle Ages saw advances in the making of scientific instruments, such as the astrolabe (a replica of a medieval one is shown), a device used to measure the positions of astronomical objects. BRIAN MAUDSLEY/ALAMY STOCK PHOTO

This makes me think of a worthwhile course I audited on the history of science at Dalhousie University while I was serving a downtown church in Halifax. I became aware that, far from being anti-science, which we often see now, religion often embraced and advanced science.

We could all keep this in mind, especially when so many supposed Christians assume God will be some sort of lucky charm protecting them from a deadly virus or are convinced that vaccines are harmful rather than helpful. This really is darkness rather than light.

I'm sure I'd find the book fascinating, but I have a pile of potentially fascinating books awaiting my attention!