The Epiphany and God's Wisdom 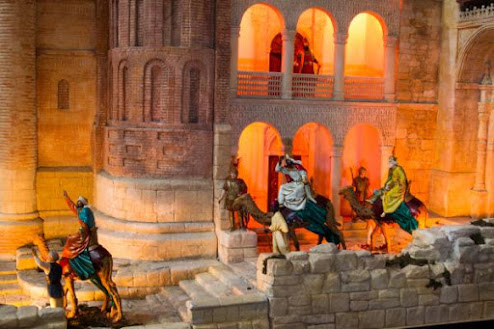 This is the Feast of the Epiphany in the Christian year, a recognition of the arrival of the Magi from the East, in search of a child who was the Messiah, the Christ. These were astronomers and astrologers -- there wasn't really a distinction between the two in ancient times -- who followed a heavenly portent to Bethlehem where they paid homage to the young Jesus.

The story also tells us about their encounter with the despotic Roman ruler, Herod, who was known for his paranoia and violent response to perceived threats. Herod instructs the Magi to search out the child and to act as his spies and minions, which they refuse to do, leaving for home as mysteriously as they arrived.

How appropriate that this story, told only in Matthew's gospel, is shared today, in light of what is unfolding in the United States. Two senate races in Georgia are being contested, both of which could unseat the wealthy and powerful incumbents. One has already been called in favour of the Rev. Raphael Warnock, the Black pastor of Martin Luther King's congregation in Atlanta. He will be the first Black senator in Georgia's history.

In Washington DC what would normally be the ceremonial confirmation of last November's presidential election results will be contested by some Republican senators and congresspeople who are co-conspirators of outgoing President Trump. While nothing will change for President-Elect Biden, this is pandering to the attempts to overthrow the legitimate election. There are concerns that thousands of Trump supporters, some of them armed and intent on disruption  will descend upon the city.

Four years ago at this time The Rev. Kate Jone Calone wrote a piece in Sojourners magazine with the title WHEN THE WISE MEN REFUSED TO COLLABORATE WITH EMPIRE. It was republished recently because it seems so timely, as does the biblical story. In it she observes:

Throughout human history, individuals and institutions have had to make difficult and risky decisions in response to unjust directives — especially those directives framed as required cooperation, “for the good of the country.” Resistance can take many forms: Dissent, protest, civil disobedience. Sometimes, though, what should be done is simply declining to participate.

Of course Trump's Christian supporters would argue that this is what they are doing. For so many others, what happened yesterday in Georgia and what will transpire in Washington today offers hope that "might makes right" is not for the good of the nation and that prayers have been answered.

I pray for peaceful transition in these turbulent days, as we all can. Hey, We could use a bunch of epiphanies and a few wise people right now.