The Pagans and the Christians 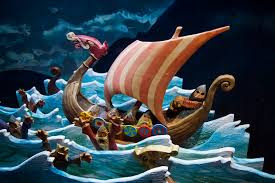 First, a moment of silence for grieving Pittsburgh Steelers fans after a humiliating loss yesterday which ended what had been a promising season_______thoughts and prayers in the days ahead.

When we visited Iceland several years ago we repeatedly exclaimed "wow!" as we came around yet another coastal curve in the road to a waterfall or glacial mountain or seascape. While we were there we also visited several museums including one in the western town of Borganes dedicated to the sagas which were imported a thousand years ago with Viking settlement and those developed by the early inhabitants. The interactive story-telling displays were vivid and  could be described as Pagan in their content because the sagas have origins apart from Christianity, which eventually superseded this tradition.

I was interested to see that there is something of a revival of this Pagan heritage, what is described as Neo-pagan, with elements of the past incorporated into the present manifestation of a non-Christian spirituality. Iceland is still officially Lutheran, with state-financed clergy, but in fact it is one of the most atheist countries in the world, according to Gallup polls. This Astatru revival religion has about 5,000 active participants which, to put it in perspective, would be cause for alarm if that was the number for remaining practicing Christians in Iceland. 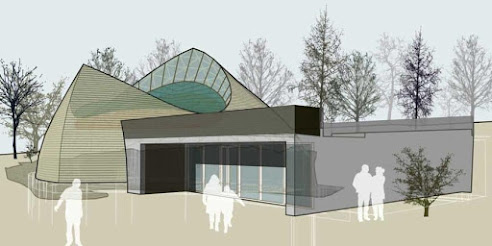 Astatru was officially founded on the first day of summer in 1972, the Summer Solstice. As this timing suggests, there is an emphasis on the cycles of nature and the spiritual entities related to them. The claim is that this is the fastest growing in Iceland. Fund-raising is underway for an Astatru Temple in Reykjavik.

We'll see whether this Neo-pagan religion has staying power. It is a reminder that in many places around the world institutionalized religion is in decline, including here in Canada. There is a growing interest in spiritual expression which recognizes the natural world, what our Judeo/Christan faith describes as Creation.

While I enjoyed learning more about the Norse, Pagan past of Iceland I don't feel the stirrings of conversion.  I do think that rather than condemning this interest we can use this time when we are unmoored from the conventions of Christian daily life, including going to our bricks and mortar places of worship to ask how the God of the wilderness revealed in the Hebrew scriptures and in the story of Jesus can lead us into a revival which speaks to the time in which we live, with all the concerns about the integrity of Creation. Reveling in paganism didn't turn out well for the people of Israel, yet they did learn to live with the rhythms of the wilderness for a generation before settling once again.

Oh ya, the Icelandic Pagans might think twice about getting into real estate and physical places of worship. Don't they see where that can lead?

I am in mourning for my Steelers, although during their nosedive in the last third of the season, I was convinced they would only be making a cameo appearance in the playoffs. Seven seconds into last night's game was proof of that. But did it have to happen to the Browns? Go Bills!

I hadn't realized the prevalence of atheism in Iceland, and your mention of Astatru has intrigued me. I'm going to do a little online research on it.

I think you would look striking in a Viking helmet Roger. I hear that the guy who invaded the Capitol building and sat in Pelosi's chair is selling his on Ebay to help pay legal costs.