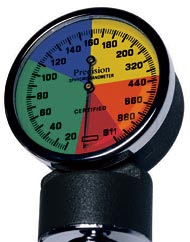 The novel Exit Ghost by Philip Roth gets to some important questions about our fear of threats known and unknown. A young New York couple in this story trade homes with a reclusive writer who lives in the country. The wife is constantly anxious after 911. The writer has lived his solitary existence for years because of death threats. As he approaches the end of life he decides to end his self-imposed exile.

An article in yesterdays New York Times made me think once again of Gerald Hughes' observation that there are 365 encouragements in scripture not to be afraid or anxious.
One for every day of the year. Jesus said, don't let your hearts be troubled or afraid.


January 15, 2008
Findings
Living in Fear and Paying a High Cost in Heart Risk
By JOHN TIERNEY
Which is more of a threat to your health: Al Qaeda or the Department of Homeland Security?
An intriguing new study suggests the answer is not so clear-cut. Although it’s impossible to calculate the pain that terrorist attacks inflict on victims and society, when statisticians look at cold numbers, they have variously estimated the chances of the average person dying in America at the hands of international terrorists to be comparable to the risk of dying from eating peanuts, being struck by an asteroid or drowning in a toilet.

But worrying about terrorism could be taking a toll on the hearts of millions of Americans. The evidence, published last week in the Archives of General Psychiatry, comes from researchers who began tracking the health of a representative sample of more than 2,700 Americans before September 2001. After the attacks of Sept. 11, the scientists monitored people’s fears of terrorism over the next several years and found that the most fearful people were three to five times more likely than the rest to receive diagnoses of new cardiovascular ailments.
Almost all the people in the study lived outside New York or Washington and didn’t know any victims of the Sept. 11 attacks. But more than a 10th of them reported acute stress symptoms (like insomnia or nightmares) right after the attacks, and over the next three years more than 40 percent said they kept worrying about a terrorist attack affecting themselves or a family member.
Posted by David Mundy at 3:19 PM