Forgive But Not Forget 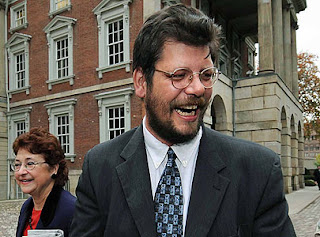 On the day I finally got around to blogging about Rob Ramage and forgiveness I came home to hear that disgraced pathologist Dr. Charles Smith apologized to one of his victims:

“Sir, I don’t expect that you would forgive me, but I do want to make it …very clear to you that I am profoundly sorry for the role that I played in the ultimate decision that affected you,” he told William Mullins-Johnson.

Although Mullins-Johnson spent years in prison for a murder he didn't commit and was disowned by his family he accepted the apology. But before doing so, he told Smith of the damage he had inflicted.

“You put me in an environment where every day I could have been killed and I didn’t do it. I didn’t do anything…. You destroyed my family…. I’ll never forget that but …I must forgive you.”

I listened to Mullins-Johnson explain that he didn't want to be destroyed by hate and that the moment of the apology was life-changing for him.
Posted by David Mundy at 9:03 PM

I too was fascinated as I listened to Mullins Johnson on the CBC this morning explaining how he didn't know a head of time that he would forgive Charles Smith, it was something inside that moved him. He felt he had to forgive not to make Smith feel better but to start his own healing. Forgiveness is sometimes such a difficult thing to do and I am fascinated by the strength that people have/find to forgive.

Over the years I have been fascinated both by some people's tenacity in holding on to old grudges and the graciousness of others. There is nothing simple about forgiveness