Which God do we Worship? 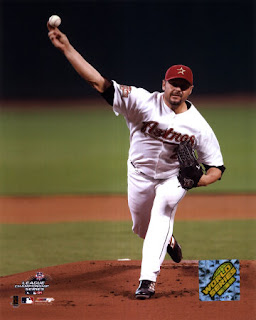 Roger Clemens is one of the greatest pitchers in baseball history. He won the Cy Young award with several different teams, including the Toronto Blue Jays. He was a shoo-in for the Hall of Fame until a report on performance-enhancing drug use pointed the finger at Clemens and many other athletes. Last night he was on the Sixty Minutes investigative television program, denying the allegations. I'm usually fairly good at identifying liars but I really had no idea if he was telling the truth.

These past few months have been miserable for the reputations of elite athletes. Barry Bonds became the home run king under a cloud of suspicion. Marion Jones, the American track star, admitted her guilt in using drugs and gave back her many Olympic medals. The Tour de France is in shambles. Michael Vick, an exceptional professional football player, went to jail for promoting dog-fighting and murdering animals. Yuck.

Whose problem is this? We live in a culture that conveys god-like status on those who excell at certain physical activities./We are rather pagan in this regard, enjoying the big, buff type of heroes. For these athletes the money, the status, the adulation are all drugs, in their own way. For the most part we don't seem to care how these heroes attain their vaunted roles, until the allegations and the scandals.

My family will tell you that I love watching professional sports, so I am definitely part of the culture. I don't have much time for curling or golf, but they seem squeaky clean! As a "gospel guy" I am keenly aware of the dangers of idolatry and the importance of staying focussed on the God of abundant life in Christ.
Posted by David Mundy at 7:40 AM