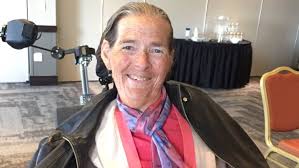 A few weeks ago I preached about Medical Assistance in Dying (MAID) at Trenton United Church and I wrote about the subject in this blog as well. I attempted to be measured, compassionate, and Christian in my approach. While I have come to a place of qualified support for MAID, in part because we have developed the ability to prolong life even when meaningful living has ceased, I continue to have reservations about it's ready availability because segments of our society are vulnerable, including the aged and those with disabilities. How do we ensure that these people don't become disposable in our society, or feel that the "honorable" choice is MAID?

Through this year the Canadian government has been exploring amendments to the original MAID legislation from June 2016. The focus is on the provision for "reasonably foreseeable death."

You may have seen or heard that spokespersons for the disabled community are raising concerns about the proposals. Catherine Frazee, a professor emeritus at Ryerson University, was interviewed by Matt Galloway on CBC Radio's The Current yesterday and she raised some important questions and concerns. I'll share this from the transcript of the interview:

Frazee, who lives with a disabling medical condition, says that — through Bill C-7 — the government is making it possible for people with disability to kill themselves while doing whatever it can to prevent suicide for everyone else. Now this amendment proposes opening up an entire new approach to assisted death, where it's now an alternative not to a painful death, but to a painful life — to a life that is considered intolerable or not worth living. And that extension will apply only to people with disabling medical conditions, and so for those of us who live with — and many of us who live well with — disabling medical conditions, we think the question has to be asked: why us?"

Apparently these amendments will be addressed in Parliament by the deadline of December 18th, which by my math is four weeks today. We can keep our eyes and ears open and pray for discernment on the part of those who will make decisions about the legislation. We have a responsibility to do as people of faith and goodwill. This is a moral, ethical, and spiritual concern, not just a matter of the law.