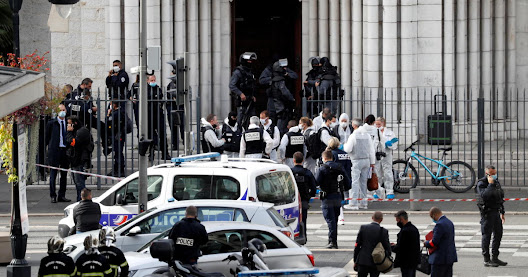 A few days ago three people  were murdered, stabbed to death, in a cathedral in Nice, France. Two of them were worshippers, and one of them was beheaded by the young Islamicist who was the assassin. The tensions between a determinedly secular French society and those who purport to be radically devout Muslims have come to a fever pitch once again. It's been demonstrated that many of these Islamicists don't actually follow their faith but use it as a rallying point for their disaffection in a country where immigrants are often marginalized. It's complicated, to say the least, and there ism't much evidence that the French government has any notion of how to address the divide.

I have been haunted by the thought of people seeking sanctuary from the demands of daily life in a place of worship and prayer, only to be the victims of such a brutal attack. One was a mother of three children who told responders as she was dying of her stab wounds "tell my children I love them." A friend commented “She was a brave, generous, devout woman but also tolerant. If someone wanted to attack a symbol of joie de vivre, they could not have found better.” 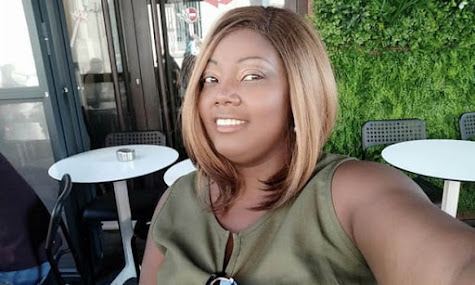 Simone Barreto Silva, one of the three victims of the knife attack in Nice.

This is an incident where I do wonder where God was as these innocent people perished. The assailant yelled "Allahu Akbar!" -- God is great -- as he carried out his hideous crime. This invocation of God is antithetical to the nature and character of the God of love and compassion I worship. I know Muslims who will be horrified by this grotesque misuse of the phrase.

I have no answers, only my lament. I'll pray for those who have been left behind in this senseless crime, and for sanity in a country which has seen too much of this sort of violence.

Even though ISIS is a small fraction of what they used to be, the ideology lives on with individuals who have become radicalized to violent extremism. Such a tragedy in France, and so difficult to prevent.