Praying for an Outcome 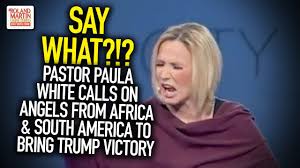 And whenever you pray, do not be like the hypocrites;

for they love to stand and pray in the synagogues and at the street corners,

so that they may be seen by others. Truly I tell you, they have received their reward.

Today Joe Biden has been declared president-elect of the United States of America, a defeat for incumbent Donald Trump. With a predictable lack of grace Trump is conceding nothing, a reminder of why he needed to be vanquished. Of course in excess of 70 million Americans voted for Trump and many of them are unwilling to accept defeat.

On Wednesday one of  La Grand Orange's  "spiritual advisors" -- a misnomer if every there was one -- Paula White led a bizarre prayer vigil  for a Trump victory which looked like a mash-up of a third-rate country auction and demon possession.

I appreciate that in some Christian circles emotional expression is commonplace, and God knows that many mainline traditions are "God's frozen people." Still, White's wild gesticulations and invocations of the Angels of Africa and South America (why did  they need to be imported?) were bizarre. One commentator quipped that ICE would immediately put these foreign angels in detention centres.

Obviously White was off on her angelic aim and Trump is now a one-term, impeached former president. I feel that fervent prayers, including my own, have been answered, although we're not done yet. A jubilant cousin in Maryland has offered to send me knee-pads to keep it up because the country is deeply divided. 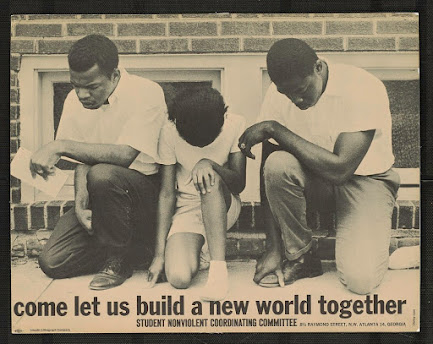 Paula White is a false prophet in my estimation, and just plain kooky. I'm thinking instead of the late and great civil rights icon John Lewis, a feisty Christian saint of the highest order. One of the counties he represented in Congress was the last to have votes tallied in Georgia, likely turning the state in Joe Biden's favour. I prefer to view this as an answer to prayer, without the hype and histrionics.

Humility in prayer is essential, not just to get what we want, but to align ourselves with the God who desires the best for all. Angels in every sphere are welcome to join in. 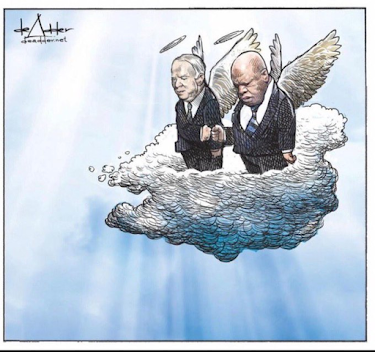 "Kooky" is kind, David ... I was thinking whacko, and other things .

Yes, my uncensored reaction involved bats and feces, but i chose not to use the expression. Thanks Judy.