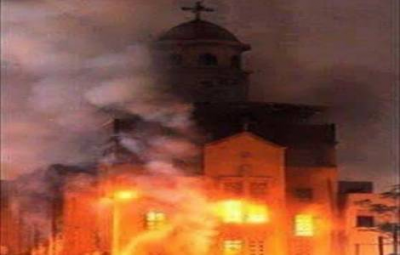 This may surprise you but there is a world beyond the United States and that nation's election drama. In the past few days grave situations have emerged from the shadows of the endless tea-leaf reading south of the border.

One story outlines violence against Christians in Ethiopia with the burning of church buildings, physical violence and murders by an organization of young male Islamic extremists. In some communities courageous Muslims have protected their Christian neighbours but as many as 500 Christians have died, including children, women and the elderly. It's sad to think that Christians and Muslims have co-existed for centuries in Ethiopia and are now under threat.

The World Council of Churches has addressed these attacks, particularly one on All Saints Day, this past Sunday:

In an attack on ethnic Amharas in western Ethiopia on Sunday 1 November, 54 people are reported to have been killed, in a tragic escalation of the ethnic violence which threatens the very fabric of the Ethiopian nation. Ethiopian Orthodox communities have also been targeted in previous attacks, with churches burned and many members of the church communities killed since mid 2018. WCC denounces these attacks, and the unconscionable instrumentalization of ethnic and religious differences for political purposes which feeds such attacks and atrocities.

I've learned in the past couple of years that the Christian community in Ethiopia is in the majority and an ancient tradition. I've written about the church forests, oases of biodiversity amidst widespread deforestation. A good friend visited Ethiopia with a goal of exploring some of the cliff and forest churches and was fascinated by the rituals and practices.

We are inclined to think of the Christians of ancient Rome as those who were persecuted, something from the past. In truth, it happens every day, often without our knowledge. It's important to remember and pray for the safety of our sisters and brothers in Christ. 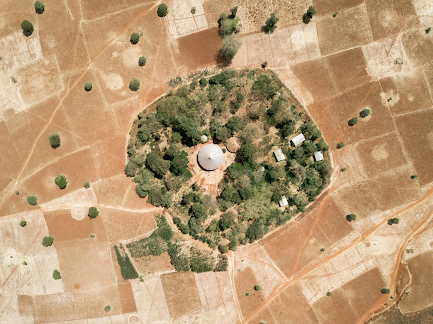