Who Will We Remember? 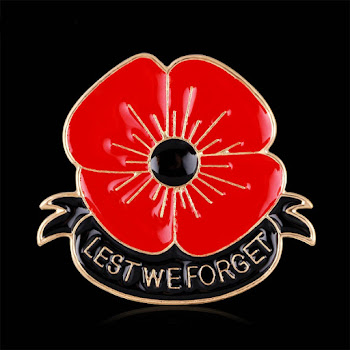 Our son, Isaac, shared in our family group chat that he was saddened by news that the local Santa Claus parade has been cancelled this year because of the pandemic. While it was expected, he looks forward to taking their two boys to participate in the energy and excitement of this joyful annual event.

I chimed in that I had a similar reaction to the announcements that gatherings at cenotaphs in communities across Ontario will not take place tomorrow, which is Remembrance Day. I haven't missed many through the decades and when I was working I would arrange my work schedule so that I could slip away to a war memorial, or arena, or cenotaph to join in solemn gratitude for those who served and those who made the ultimate personal sacrifice. Both my father and father-in-law were veterans and while neither saw action in the European war theatre, their lives were shaped by service. My father-in-law did see the immediate aftermath of bombings and it must have been traumatic.

It's been important for me to honour them, the veterans in my congregations, and those who could only be names without faces. We always acknowledged Remembrance Sunday in the congregations I served, even though we emphasized the importance of peace, and the Prince of Peace. I'm grateful that Isaac has continued this tradition. 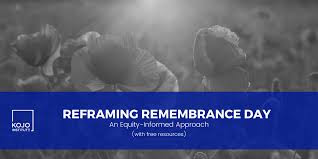 I listened this morning to someone from the Kojo Institute who invited us to reframe Remembrance Day so that we would expand the moment beyond acknowledging white men who served in wars that had their roots in European empires and colonialism. She reminded us that Indigenous, Black, and Persons of Colour served in these wars, often returning to second-class status in their homelands, or to colonial rule. She pointed out the important roles of those who stayed behind, including the millions of women who took on important roles in industry and community leadership, yet were returned to stereotypical roles after the conflicts ended.

Her perspective is an important one which we can all keep in mind tomorrow. We may not be able to come together to remember, but we have the freedom to expand our scope of gratitude.