The Pandemic of Addiction 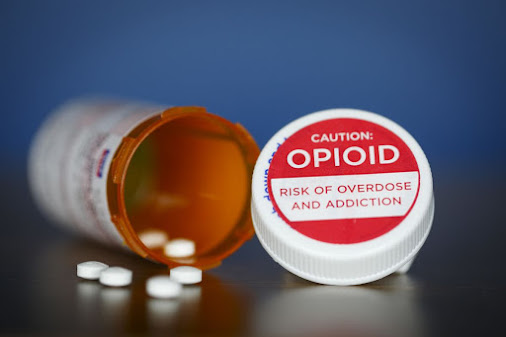 In every congregation I served during nearly four decades of pastoral ministry there were people dealing with addictions, everything from gambling to alcohol to drugs to spoons, judging from what I saw on the walls of some homes when I visited. Okay, decorative spoons and elephants shouldn't be lumped in the same category, and I don't want to be flippant. Just the same, Gerald May argues in his thoughtful book  Addiction and Grace that we all have addictions, it's just that some are more hidden or socially acceptable than others.

We've just learned that in 2018 an average of 13 people died each day from opioid overdoses in Canada, a grim statistic. Even more unsettling is that recent reports show that during these anxious and isolated months of 2020 drug overdoses and deaths have soared. In British Columbia the number of drug deaths exceeded 1,000 in the first eight months of the year, nearly 100 more than in all of 2019. This is an national tragedy, one which governments struggle to address because of the many factors which contribute to addiction. Whatever stereotypes we have about drug use, it affects people in every facet of society. Most people who die of drug overdoses do so at home, alone. The crisis has led to some experts suggesting that its time to decriminalize the use of drugs (not the trafficking) so that users would be more inclined to seek help.

In communities of faith, including the majority of Christian congregations, we have an uneasy relationship with the reality of addiction. Doesn't God give us victory over our weaknesses? As I say, it's a reality in most churches, but when was the last time you heard a sermon on the subject? How many congregations have resources or strategies regarding addiction? In what ways do faith communities support the local efforts to address various addictions?

When I publicly raised concerns about the consequences of allowing a casino in this community because of the statistical evidence about the rise in gambling addiction there were members of my congregation who felt that I shouldn't have spoken out about it. Certainly, too many parishioners suffered in shame as they kept secrets about family addiction, often not realizing that others were well aware.

I should point out that some of the evangelical churches which lobbied early on for resumption of in-person worship and gathering did so because of their support for those dealing with addictions, and the concern that without support there could be relapses and deaths. The evidence indicates that this has been a societal reality.

I'm not sure what the solutions are, but in the midst of financial support from governments in a host of sectors of society, this certainly seems like an important area as well.

As Christians we can pay attention to what we might be inclined to ignore, and to respond with compassion. "Judge not, lest you be judged" might be at the core of our approach.