A 911 Sanctuary for Healing Hearts and Minds 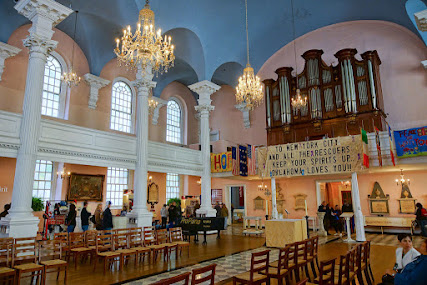 September 11th, 2001 -- 911 -- 20 years ago today.. Many of can remember exactly where we were when the news broke about the heinous terrorist attacks on the World Trade Towers in New York City, along with the hijacking of two other planes, one of which was flown into the Pentagon. I was in my study at St. Andrew's UC in Halifax, Nova Scotia,  when the custodian told us what was unfolding. It seemed unbelievable but he brought a television into the hallway and the staff watched images of the developing tragedy.

In 2013 we visited New York City, just a few months before the opening of the memorial and museum at the site of the collapsed towers. We regret being in the city just a little too early and who knows if we'll ever be able to visit this solemn and meaningful tribute to those who were lost that day. 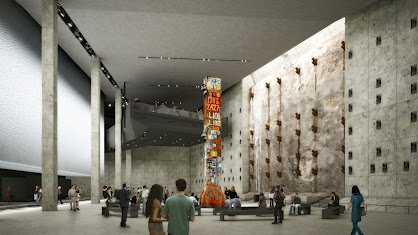 We did enter St. Paul's Chapel, a historic church which is adjacent to Ground Zero yet somehow escaped damage, some say miraculously. It became a staging place for responders and a refuge for the weary and heartbrokem. The fence around the church became an impromptu place for memorial banners which were eventually moved inside. There are other exhbits inside, including one in the entrance called "Healing Hearts and Minds"

It sounds as though St. Paul's Chapel has returned to active ministry as well as being a memorial. Regular services are held, and it provides a shelter for the homeless. This is important and ultimately the best response to evil. 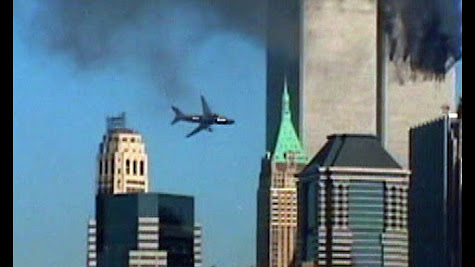