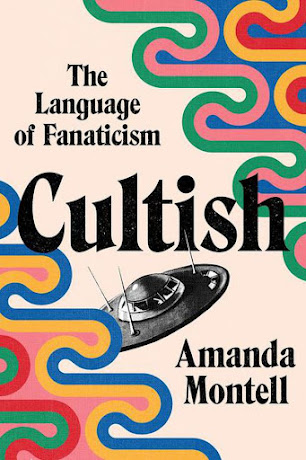 [usually singular] cult (of something) a way of life, an attitude, an idea, etc. that has become very popular

the cult of physical fitnessAn extraordinary personality cult/cult of personality had been created around the leader.

I'll get together with two congregations today. The first will be at the YMCA where the "sanctuary" is the fitness room. Since reopening a couple of weeks ago virtually every person was someone who showed up regularly before the most recent five-month lockdown. Then we'll drive to Trenton where we'll worship with some lovely folk who have been devoted to gathering whenever permitted during the pandemic. Are these cults?

Today there will be a baptism, the dying to an old way of life and rising up to new life." a ceremony where there has been a traditional renunciation of evil in some form. Is baptism ritual drowning? Sometime soon we'll unite in our other sacrament, communion or the eucharist. where we share together in the body and blood of Christ. Cannibalism? I'm  being provocative here, but some critics deride many aspects of religion as forms of cultism, to be avoided.

Certainly the early Christians were shunned and even persecuted as cultists, and in Rome they secretly gathered in the underground graveyards, the catacombs. Even after Christianity became a mainstream religion based on God's love and acceptance there have been sects which are just plain weird. Through my decades of ministry I spent time with those who felt they escaped cult-like Christian groups, often traumatized by the experience. Different faiths invite devotion and that can become destructive when it is used for control.

The Globe and Mail newspaper had a review of  Five new books on the language and reach of cults and conspiracies. This seems timely given the frightening emergence of movements and groups which exercise mind control over people, often in large numbers, to take up irrational causes and convictions. In the United States there is a still a personality cult around former President DT -- as with Voldemort, I don't like speaking his name. Associated with DT there is the QAnon movement with all sorts of bizare conspiracy theories which led to hundreds storming the capitol building back in January.

Now there is the rise of a disturbing anti-vaccination tide around the world, including here in Canada. Hundreds and even thousands are irrationally targeting hospitals with protests, the very places where people who refused to be vaccinated are being treated by dedicated medical personnel to save their lives.

These groups often isolate their participants, shut down rational thought, and foster fear and suspicion.

I obviously don't feel that going to the gym or to church is partcipating in cult behaviour although I don't know if some people who visit either location are obsessed, or hold destructive views.

In terms of church, I do know that when I gather with this particular group of Christians I hear messages about radical love and compassion and the invitation to act with generosity and kindness toward those who are vulnerable and even my enemies. Being part of an open and welcoming community is an antidote to selfishness and dark conspiracies, illuminated by Christ, the light of the world. For the second time in a week I'll share the United Church Statement of Faith from 1968, with my emphasis:

We trust in God.

We are called to be the Church:    to celebrate God’s presence,    to live with respect in Creation,    to love and serve others,    to seek justice and resist evil,    to proclaim Jesus, crucified and risen,       our judge and our hope.

In life, in death, in life beyond death,    God is with us.We are not alone.

Thanks be to God.