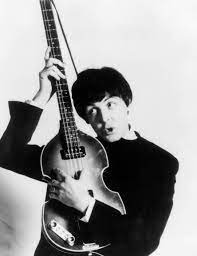 I'm done, I hope, so I have to comment on the auspicious birthday of Sir Paul McCartney. He is 80 years old today, which is 120 in rock/pop years Some of us are old enough to recall Beatlemania, and while I was still enough of a sprout that I didn't catch on in the early 60s I became a huge fan in the years shortly before they broke up, when their music matured and changed the genre of rock.

Paul was often characterized as the cute, cheerful Beatle and the argument has been made that without the edge of John Lennon in their collaborative song-writing they wouldn't have been as successful. I was intrigued to read the comments of 30 musicians, some grizzled vets and others relatively young, about their favourite Paul McCartney song. 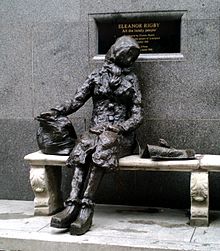 The plaque reads: "Dedicated to All the Lonely People"

Several  of them chose Eleanor Rigby whose lyrics demonstrate an awareness of loneliness and a remarkable compassion for those who go about their daily lives without the comfort of meaningful relationships. Even Father McKenzie, who might provide spiritual solace to Eleanor lives in isolation. This song has been admired by poets such as Alan Ginsburg and a book was written about it.

These lyrics are remarkable for a 24-year-old, it seems to me. And my brother, Eric, a life-long McCartney admirer, points out that there is no guitar nor drums in a pop song written in 1966.

During the pandemic many lonely people became even lonelier, often declining in body, mind and spirit. I heard an insightful resident of a long-term care facility who observed that people around her were dying from isolation, not physical illness, and that may well be true.

Happy birthday Paul, and thank you for the reminder to honour our mothers and fathers, brothers and sisters, through a kind word and a willingness to see those who might otherwise be invisible. 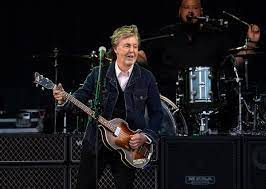 Paul in concert last night, giving directions to the fountain of youth?
Posted by David Mundy at 1:42 PM

Wow, Sir Paul is 80? Eleanor Rigby is a very good song, but Hey Bulldog is great and A Day in the Life is out of this world.

The list of remarkable songs goes on and on. Thanks Roger.