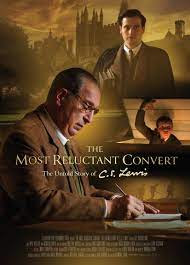 “I am a product of long corridors, empty sunlit rooms,

and the noise of wind under the tiles.

We were both intrigued when we saw that there is a new biopic of the earlier years of the life of C.S. Lewis, the 20th century popular theologian who wasn't formally trained in this discipline, rather as a scholar in English literature at Oxford. He wrote accessible books on Christianity and an autobiography about his unlikely and rather reluctant conversion which is called Surprised by Joy. He also wrote a sci-fi trilogy and in the 1950's the fantasy Chronicles of Narnia series of children's books. These seven Narnia books have sold more than a 100 million copies and been adapted for television and film. 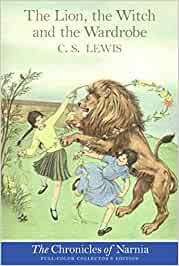 Lewis was a WWI veteran who was deeply affected by what he experienced, as was his close friend J.R.R. Tolkien. During WWII Lewis gave 15-minute talks on BBC radio under the title of Right and Wrong: A Clue to the Meaning of the Universe. Remarkably, they had a huge audience.

The recent film about Lewis's life is called The Most Reluctant Convert and features award-winning actor Max McLean as the older Lewis and Nicholas Ralph of PBS Masterpiece’s All Creatures Great and Small as young Lewis. We rented it and were reminded that Lewis's writing had a deep influence on our Christian faith formation during our teens and into our early twenties.

It's a well-told and well-acted story, even though the very white, very British context from another era may not fit the sensibilities of our time. We would recommend it, just the same. 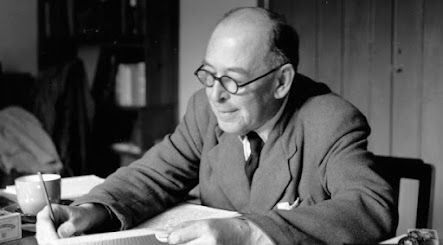