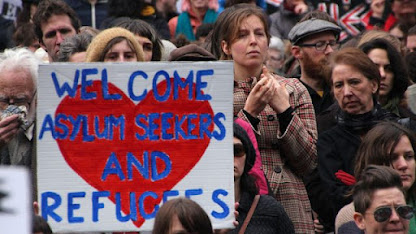 There have been many disastrous moments for Great Britain under the current government led by Prime Minister Boris Johnson. Somehow Johnson and the Conservative Party are able to lurch from one lie to the next without consequence and of course Brexit is a national dumpster fire.

Today is one of the worst for this government as the first deportation flight containing asylum seekers in Britain leaves for Rwanda, a former colony. There has been shock and outrage that huge sums will be spent to outsource the challenge of refugees and asylum seekers arriving in Britain. Rwanda is a country which continues to rebuild after the genocide of approximately 800,000 citizens in 1994. This has the bitter taste of colonialism and NIMBY and blatant racism. 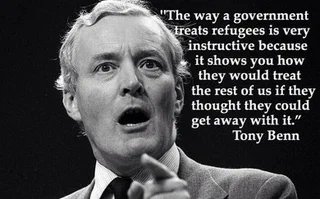 This morning the Church of England and Archbishop of Canterbury, Justin Welby, shared an open letter to Johnson through The Times. While it may not make a difference in terms of halting this policy it is a Christian witness in reponse to a terrible wrong. Here is the letter in its entirety:

Whether or not the first deportation flight leaves Britain today for Rwanda, this policy should shame us as a nation. Rwanda is a brave country recovering from catastrophic genocide. The shame is our own, because our Christian heritage should inspire us to treat asylum seekers with compassion, fairness and justice, as we have for centuries. Those to be deported to Rwanda have had no chance to appeal, or reunite with family in Britain. They have had no consideration of their asylum claim, recognition of their medical or other needs, or any attempt to understand their predicament.

Many are desperate people fleeing unspeakable horrors. Many are Iranians, Eritreans and Sudanese citizens, who have an asylum grant rate of at least 88 per cent. These are people Jesus had in mind as he said when we offer hospitality to a stranger, we do it for him. They are the vulnerable that the Old Testament calls us to value. We cannot offer asylum to everyone, but we must not outsource our ethical responsibilities, or discard international law — which protects the right to claim asylum.

We must end the evil trafficking; many churches are involved in fighting this evil. This needs global co-operation across every level of society. To reduce dangerous journeys to the UK we need safe routes: the church will continue to advocate for them. But deportations — and the potential forced return of asylum seekers to their home countries — are not the way. This immoral policy shames Britain.

Good for the Archbishop for speaking out. In a country where the Queen is titular head of the Church, it is sad to realize that the government of the day would dare to ignore the gospel message. But, not hard to believe - it happens regularly in western countries that claim to be "enlightened" by the Bible and the God of the Bible.

You may have seen, Judy, that a legal challenge to these deportations stopped the first flight yesterday. It didn't happen because the government saw the light and decided to be moral, nor because of the CofE's letter, but this terrible policy was put on hold for a moment.