Hoping and Voting in Ontario 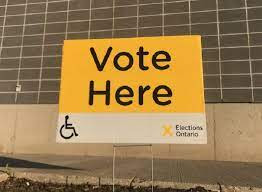 Thunder is rumbling in the background, a sound I love, and the rain is coming down steadily, filling our rainbarrels,  but it isn't torrential, thanks be to the Creator. Yesterday we were in our kayaks on the Moira River before 7:00 AM and the water was placid, the sky blue. Today I slinked (slunk?) in and out of the gym, dodging the drops. No complaining on my part because huge areas of North America are experiencing severe drought while others -- think of Manitoba -- are contending with destructive flooding. Here in Ontario a storm system called a derecho left a thousand kilometre path of destruction in parts of the province, although we were spared in this area. It's almost certain that these weather extremes are accelerated by climate change, the greatest threat to existence of our time.

It baffles me that as Ontarians are about to go to the polls tomorrow it's highly likely that the ruling Conservative Party with be returned with a majority. The record of the Conservatives on the environment during the past four years has been dismal. It has been truly regressive, cancelling green energy projects, defunding our excellent conservation authorities, undermining the Green Belt.

Premier Ford loves the photo ops for mining initiatives which will extract metals used in electric vehicle batteries but won't give rebates to those who want to buy those vehicles the way other provinces have done. Of course we know how this administration hates the federal carbon pricing system and withdrew from a progressive carbon pricing coalition with Quebec and California even though both those jurisdictions deem them successful. Remember the goofy, inaccurate, and illegal stickers that literally wouldn't stick on gas pumps? 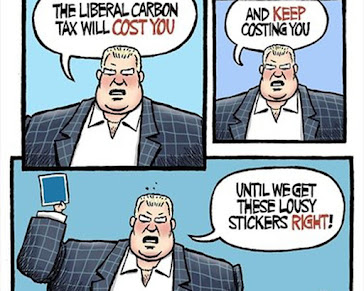 Recently Ford offered that building a multi-lane highway across prime farmland and protected areas was environmentally friendly because it would help reduce gridlock (it won't.) I truly question the man's grasp of any issue that requires more than a vacuous soundbite, which is probably why he's been dodging reporters all through the campaign.

As concerned citizens and as people of faith who want to honour Creation we can make personal choices about many things which shrink our carbon footprint, and we should. Yet nothing matters more than the choices we make as we cast our votes at every level of government.

We voted in advanced polls this past weekend and we wanted to be hopeful in doing so despite the predictions of the outcome. Honestly, it felt like a futile exercise but as a Christian who loves my grandchildren and our marvelous planetary home I had to be there. The assertion of Christian activist Jim Wallis that "hope is believing despite the evidence and then watching the evidence change" comes to mind and encourages me. 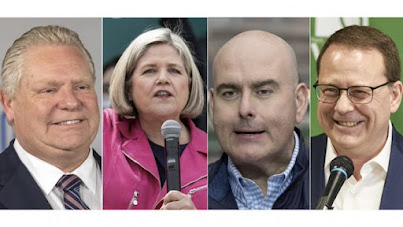 It seems too many people refuse to believe the seriousness of climate change. They don't believe there's a link between these storms and greenhouse gases. It's easy to ignore it all when we look around and see the flowers and trees and breath (seemingly)fresh air. The scientists would say otherwise. I haven't decided yet who I'll be voting for, but it won't be for a party that has done nothing - and will continue to do nothing - on this issue.

Our inability to comprehend the scope and immediacy of the climate emergency may reflect the way our human brains function. We seem to have no ability to grasp larger threats. And let's not get started on our lack of humility. Thanks for weighing in Roger.