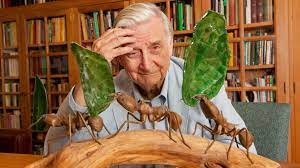 I never have a shortage of subjects on which to blog because the world constantly presents new and fascinating (at least to me) subjects which so often have a spiritual or religious aspect. The challenge is summoning the energy to write succinctly about what are often complex stories and subjects. I deeply regret that I don't seem to have the wherewithal to write both my Lion Lamb and Groundling blogs. In 2021 I wrote about 365 blog entries in both.

Last week I wanted to reflect on the Boxing Day death of one of the great biologists of the 20th and 21th centuries - arguably of human history -- 92-year-old E. O Wilson. I just got bumped elsewhere by other stories. Wilson was the world's leading authority on ants but the scope of his research and writing meant that he was broadly revered in the scientific community. His books won two Pulitzer Prizes and I've read his autobiography and his novel. 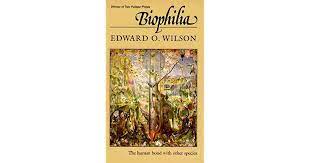 Wilson wrote a book entitled Biophilia (1984), which proposed that the tendency of humans to focus on and to affiliate with nature and other life-forms has, in part, a genetic basis. This intrigued me because as a religious person and a Christian I'm convinced that our Judeo/Christian faith encourages us to love and honour both Creator and Creation -- biophilia. I see this as innately God-given.

Wilson grew up in a religous milieu in the American South but it's clear from his novel Anthill that he didn't have much use for the way some people practiced their religion. Fair enough. According to a New York Times piece:

As his parents’ marriage disintegrated, the boy found solace in forests and tidal pools. “Animal and plants I could count on,” Dr. Wilson wrote in his 1994 memoir “Naturalist.” “Human relationships were more difficult.”

At the time, he was also undergoing a spiritual transformation. Raised as a Baptist, he struggled with prayer. During his baptism, he became keenly aware that he felt no transcendence. “And something small somewhere cracked,” Dr. Wilson wrote. He drifted away from the church.

“I had discovered that what I most loved on the planet, which was life on the planet, made sense only in terms of evolution and the idea of natural selection,” Dr. Wilson later told the historian Ullica Segerstrale, “and that this was a far more interesting, richer and more powerful explanation than the teachings of the New Testament."

Wilson was vitally involved in the Half Earth Project which with science at its core recognizes that humanity has a "transcendent moral obligation" to conserve half the land and sea to safeguard biodiversity  https://www.half-earthproject.org

Wilson was never an atheist, militant or otherwise, and would describe himself as a "provisional deist...willing to accept the possibility that there is some kind of intelligent force beyond our current understanding”.

He was a marvelous contributor to our understanding of the natural world and by all accounts a gracious and generous human being. For this we can be grateful. 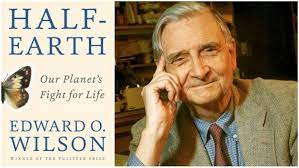 ore  and our transcendent moral obligation to the rest of life at its heart, the Half-Earth Project® is working to conserve half the land and sea to saeguard the bulk of biodiversity, including ourselves.