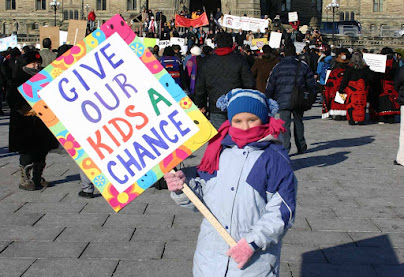 To begin the New Year I blogged about what I had read and watched in 2021 to further my understanding of Indigenous culture and experience. I also encouraged all of us to make the commitment in 2022 to go further in our understanding of truth and reconciliation, including reading or rereading the apologies issued by the United Church of Canada as well as the recommendations of the Truth and Reconciliation Commission. I suggested that as people of Christian faith and goodwill it is our responsibility to be informed and take action.

We've been told that the terms of the agreement will be shared today and we can all pay attention to the details. I'm grateful for the persistence of Indigenous leaders, including Cindy Blackstock and Murray Sinclair and many others. And despite the resistance in the past I commend the federal government for finally doing what is fair and just.