Hymns and Songs in the Digital Age 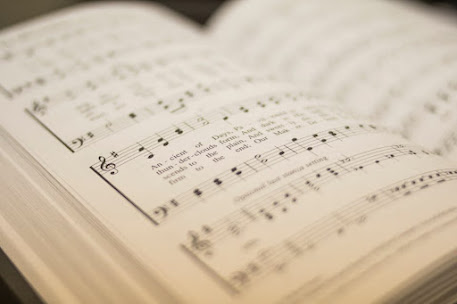 whose robe is the light, whose canopy space,

whose chariots of wrath the deep thunderclouds form,

and broad is God's path on the wings of the storm.

Our home congregation, Trenton UC, has worshipped, in-person, during the pandemic, usually when officially allowed, although there have been periods when we haven't gathered simply because it didn't seem prudent. That's the current situation, but when we did gather congregational leaders took lots of precautions including removing hymnbooks from the pews and projecting only. It meant that we couldn't read the music, but that is a relatively small number of congregants anyway.

I began using projection in worship in the early 1990's for music, sermon illustrations, and announcments. Lots of us are visual learners but I had to convince every congregation thereafter to do so. Some of the strongest resisters became begrudging and even enthusiast supporters. I still use my computer version of Voices United to search hymns and it's handy to cut and paste verses.

I just read an article in Broadview magazine about the new music resource which is being created by the United Church in collaboration with other denominations with the name Then Let Us Sing. It sounds as though it will be versatile and contemporary and, hey, the "new" More Voices supplement is now 15 years old! It will be primarily digital, it would seem, although there will be provision of a print version:

“Having an online resource provides tremendous flexibility for congrega­tions in worship, including the ability to update it with new music,” says [Alydia] Smith, who is the national co­ordinator for the Church in Mission Unit.

I certainly support this approach although I like having the option of a physical hymnbook for a number of reasons. I noticed that the image accompanying the article was of a hymnbook page and for an oldy-goldy, O Worship the King, which I recognized from visible phrases. I grabbed my copy of Voices United and discovered that it was in the Praise and Thanksgiving section, between Let Us With a Gladsome Mind and Now Thank We All our God, two more wonderful hymns from centuries past.

I roll my eyes when folk grumble about newer hymns and songs because we don't need to be stuck in the past. We don't want to become a tired old version of the Classic Rock radio stations. Still, I do enjoy some of those traditional pieces (others have wretched theology) and with a hymnbook I can rummage around in a way I don't with my computer resource.

I look forward to seeing and hearing what Then Let Us Sing has to offer when it's released in 2024. I support the digital format. And if a print version is created I'll probably purchase one.

Here are links to the TLUS website and the Broadview article:

3 The earth with its store of wonders untold,

Almighty, your power has founded of old;

has stablished it fast by a changeless decree,

and round it has cast, like a mantle, the sea. 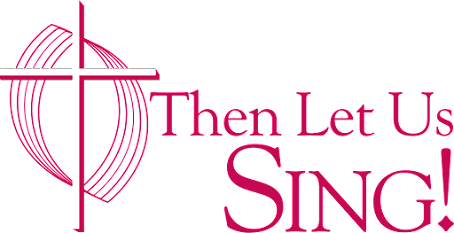