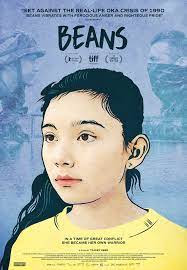 In 2021 many Canadians became aware, seemingly for the first time, that the Residential School system which took Indigenous children from their families and communities were destructive and deadly. The discovery of  200 unmarked graves near one of those institutions of indoctrination and genocide in Kelowna, British Columbia jolted white people with their colonial legacy to do some serious soul-searching. At the end of September many Canadians observed Orange Shirt Day and attended events recognizing the tragedy of residential schools and affirming Indigenous identity.  Apparently no one sent Prime Minister Trudeau the memo on this important day.

This growing awareness was worthwhile but at times I was somewhat bemused as I listened to on-the-street interviews with folk who seemed to have totally missed the apology of the Canadian government to survivors of the schools from 2010, the Truth and Reconciliation Commission which issued a final report in 2015, and the National Inquiry into Missing and Murdered Indigenous Women and Girls. How could this ignorance have happened?

The discovery of these graves and others at different sites prompted scrutiny of the Roman Catholic Church which ran the majority of those schools and other denominations, including the United Church, which ran schools. The excuses and deflections of Catholic church, including Pope Francis, initially, was shameful. The United Church has issued three apologies through the years, including a general apology in 1986 and a more specific apology for residential schools in 1998. We still have much to address toward genuine truth-telling and reconciliation.

As we begin 2022 I encourage you to deepen your understanding of the issues and ask what Truth and Reconciliation will look like in real terms. Along with the summaries of the reports mentioned above you might look for the fiction, non-fiction, and other offerings from the arts which will help in that understanding.

I watched the film Beans this past fall which is an excellent semi-autobiographical story of a tween Indigenous girl who experience what is generally called the Oka Crisis:

Beans is a 2020 Canadian drama film directed by filmmaker  Tracey Deer (Mohawk). It explores the 1990 Oka Crisis at Kanesatake, which Deer lived through as a child, through the eyes of Tekehentahkhwa (nicknamed "Beans"), a young Mohawk girl whose perspective on life is radically changed by these events.

I can appreciate why Beans made its way onto several lists of best movies this year.

I just finished reading Unreconciled: Family, Truth, and Indigenous Resistance  by Jesse Wente, who I was aware of through his work with the CBC and the Toronto International Film Festival. I got it from the library and found it so worthwhile I bought a copy for one of our daughters who worked at TIFF when Wente was there.

Part memoir and part manifesto, Unreconciled is a stirring call to arms to put truth over the flawed concept of reconciliation, and to build a new, respectful relationship between the nation of Canada and Indigenous peoples.

I also read the 2021 Pulitzer Prize winning novel The Night Watchman by Louise Erdrich. There are reminders in Erdrich's novels that the supposed borders between nations are the constructs of colonial powers.

Based on the extraordinary life of National Book Award-winning author Louise Erdrich’s  grandfather who worked as a night watchman and carried the fight against Native dispossession from rural North Dakota all the way to Washington, D.C.

While the exhibition at the McMichael Gallery of work by Christi Belcourt called Uprising: The Power of Mother Earth,ended in April is was so worthwhile and discovering her work was a highlight of the year.

Uprising: The Power of Mother Earth, co-produced by the Thunder Bay Art Gallery and Carleton University Art Gallery, is the first retrospective of Christi Belcourt’s work, and spans more than twenty-five years of her art-making career. The exhibition traces her practice from its beginnings in the early 1990s to the present, and concludes with recent works made collaboratively with Isaac Murdoch, an Anishinaabe knowledge keeper and emerging visual artist.

On a personal level, as a Christian, I will continue to seek forgiveness for my ignorance and be intentional in asking how I can make amends as an individual, within the church, and in society. 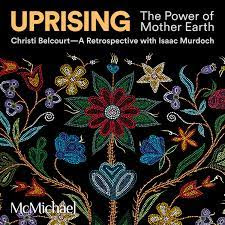