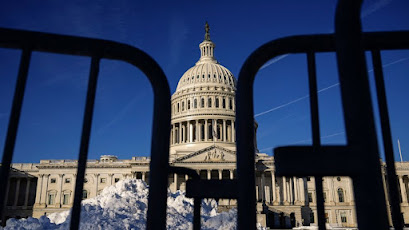 Tomorrow, January 6th,  is the Day of Epiphany in the Christian calendar, an opportunity to celebrate awakening and light through the story of the Magi, the Wise Ones, who follow a celestial body to find the promised Christ-child.

Tomorrow is also a day of infamy in the United States, the first anniversary of an attack on the Capitol in Washington DC, the seat of American government. An unruly and violent mob swarmed the building, terrorizing legislators, threatening to hang the vice-President. Many Capitol police officers were injured, including one who died as a result. More than 700 people have been charged with crimes related to the invasion. To my mind it was a grim symbol of the death of  functional democracy in the US, and I have to wonder if the country will ever recover from the polarization it represents.

What is most disturbing is that this division and resulting brutality is fuelled by evangelical Christianity which has chosen darkness rather than light as it shifts toward a quasi-religion rooted in White Supremacy. If this sounds like an exaggeration on my part, consider a couple of recent events

In November hundreds in a Texas church gleefully chanted "let's go Brandon!" a euphemistic phrase which stands for "F__k you Biden." This in a place of worship.

Then, just before Christmas former President Trump, the motivator of the Capitol insurrection was welcomed by a congregation of 6,000 in Dallas with cheers and a standing ovation. The pastor introduced the amoral Trump: “I can say this without any dispute at all, he is the pro-life, pro-religious liberty, pro-Israel president in the history of the United States of America.” The Liar-in-Chief spoke for 12 minutes on the Sunday before Christmas airing his grievances and ignoring Jesus. Stunning.

While I have never been impressed by American evangelical faith there was in the past an emphasis on following Jesus as the crucified and risen Christ and on reverence for scripture. It as though this cloak of piety and orthodoxy has been cast off to reveal the hideous reality of idolatry which is the law of "red in tooth and claw."

I have cousins in the US whose mother grew up in Toronto before moving south 75 years ago. Even though they have lived their entire lives in America and prospered there they are considering applying for duel citizenship because they are so concerned about the collapse of civil society there.

Tomorrow there will be a prayer vigil on the steps of the Capitol building, amidst heightened security.  I will pray that for our American neighbours experience an epiphany, not only for a return to collaborative democracy but for the revival of Christianity which is faithful to the Good News of Jesus Christ. 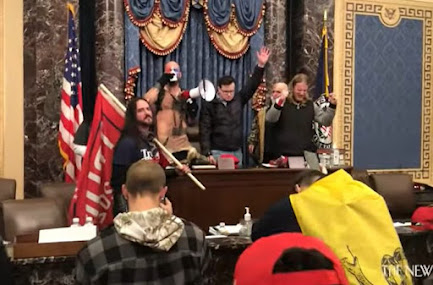