We have been big fans of the British singer Adele since the beginning of her stardom more than a decade ago. She is the Queen of Angst with songs of relationship pain powered by an amazing voice. And is there any better song to blast while driving down the highway than Rolling in the Deep?

So, we looked forward to her comback concert (she's been laying low for the past three years) outside at the spectacular Griffiths Observatory in Los Angeles. Somehow that event was a bit cringey as the glitterati audience leapt to its feet after every song.

What really made me uncomfortable and eventually pushed me up the stairs to bed were the interview segments with Oprah. It was all earnestness in LaLa Land as Adele shared that she had hoped for the nuclear family she never had growing up yet just couldn't make her marriage work. She left for her own wellbeing and happiness after a year, admitting that she really cared for her ex and that they continue to be pals.Yes her son, who is nine, was upset by the breakup but someday he'll be proud of his mom for not hanging in there.Okay.

Then Oprah asked the question, what would you say to women who are staying in relationships which don't make them happy about making the decision to start over? Here is a person whose wealth exceeds $2 billion asking someone who at age 32 is worth roughly $200 million to weigh in on this for women who are trapped in often abusive relationships, fearing that leaving will result in poverty for themselves and their children. It seemed so shallow and tone deaf, even as it was asked in all earnestness.

On the weekend the CBC personal financial columnist  Rubina Ahmed-Haq spoke about the Netflix series Maid which is about a young woman who courageously leaves a destructive relationship but lives on the edge of financial disaster every day. For a time she returns to her abuser for the sake of her child but eventually breaks free. Ahmed-Haq did an excellent job of demonstrating how difficult it can be financially to start over and it doesn't have much to do with "finding your bliss." When Ruth, my wife, worked as an outreach worker in a shelter for women and children she had many clients who returned to their abusers out of financial desperation, only to be under threat once again.

Of course we'll continue to listen to Adele's hits and admire her talent. It might be good for her to maintain the mystique of her music and avoid the interviews. We can pray for all those women who are between a rock and a hard place in relationships, and as people of faith we can ask what our congregations can do to provide support for the important work of shelters. And once again I'll remind you that in most congregations I served there were women who making those tough decisions without people beside them in the pews knowing about their struggles.

Here is a link to the CBC piece: 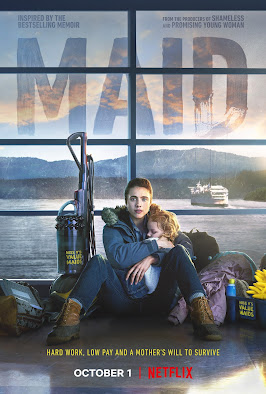