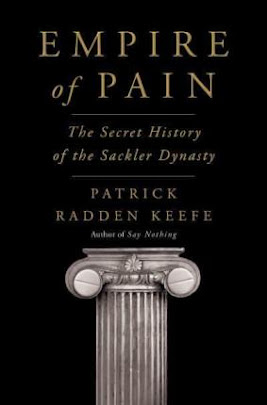 Durng the Covid-19 pandemic we've heard that there has been a sharp rise in alcohol and cannabis consumption, perhaps a form of "self medication" (I really dilike that term) which should be cause for coneern. What is really alarming is the epidemic of opioid drug deaths with many provinces setting new grim records for those lost in the past two years.

It is certainly my hope that none of you have experienced the loss of a loved one to a drug overdose but it doesn't make this crisis any less real for society. We may have our stereotypes about  those who use and abuse drugs but the reality is that addiction and deaths occurs across the social and economic spectrum.

We hear about major drug busts which break up widespread networks of dealers who market  deadly Fentanyl, a potent opioid. Yet it is deeply disturbing that the drug dealers who may have profitted the most from opioid addiction are supposedly legitimate pharmeceutical companies, sometimes labelled Big Pharma. The company which has been at the focal point of what has unfolded over the past 25 years is Purdue Pharma which developed the drug OxyContin. This company was owned solely by the Sackler family, one of a number of successful companies developed by three immigrant brothers. They were the American Dream success story, the family arriving in the US with nothing, all three sons becoming physicians, and all eventually immensely wealthy. 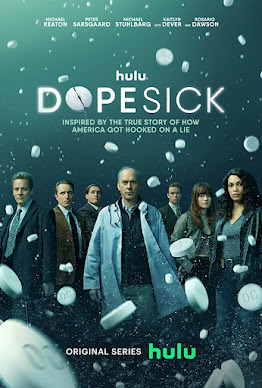 OxyContin was marketted as a sort of miracle pain medication which could be used for just about any complaint and without the danger of other opioids such as morphine which were usually prescribed for extremed pain and end of life circumstances. In truth Oxy is highly addictive and resulted in millions of prescriptions made by doctors who usually unwittingly helped to create the crisis. Very quickly OxyContin became an illicit drug with a huge market for the pills. The nickname Hillbilly Heroin was used because it destroyed the lives of so many in rural areas where is was first prescribed for workplace injuries.

I made my way through the well-written although very disturbing book Empire of Pain which tells the story of the Sacklers. You may have seen that they recently reached a settlement with prosecutrors. This included a penalty of $4.3 billion US, along with agreeing to divest themselves of Purdue Pharma. They assumed no personal responsibility, none of them will go to prison, and the family wealth is still about $11 billion. How is that for justice?

There are also two current TV drama series which address the shady world of Big Pharma, the fourth season of Goliath and Dopesick. Goliath is a series about a reprobate lawyer who is a David taking on the Goliaths of politics and industry who often rule and become wealthy beneath and beyond the law. Dopesick is actually about the Sacklers and the affects of the opioid crisis they allegedly understood but continued to promote for personal gain.

I do feel that there is a deeply spiritual aspect to all this (surprise, surprise). Why is it that so many hunger to escape into an alternate reality, with all the risks? Why has our society moved steadily away from religion and that form of spiritual experience and substituted an escapism which can be so destructive? I'm not suggesting that people just "need to get Jesus" but the alternative seems more like hell than heaven. 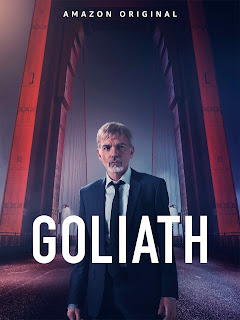