Shining a Light on Child Poverty in Canada 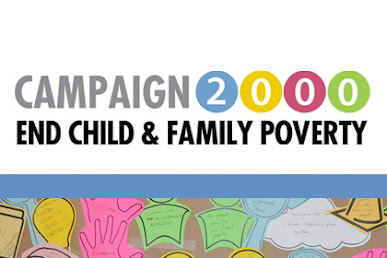 In days of yore -- 1989 -- Christian denominations in Canada, including the United Church, got on board with the federal government's commitment to end child poverty in this affluent country by the turn of the millenium. This initiative by the Liberal government was called Campaign 2000 and while it was ambitious it was also encouraging because of the specific target. I was ten years into congregational ministry at that time, serving a congregation in Sudbury, and I recall the commitment of the Canadian Council of Churches to support the campaign as an expression of compassion and justice for "the least of these." I spoke on the issue at the time.

Today we're hearing that addressing child poverty in Canada has stalled. The Campaign 2000 national coalition still exists and continues to advocate for children and families living in poverty. It says Canada's mission to eliminate child poverty stalled during the COVID-19 pandemic, and the group is urging the new (same as the old) federal government to take bolder and more decisive action to protect children.

The newly released report says that more than 1.3 million Canadian children, or 17.7 per cent, are living below a poverty line used by Statistics Canada.The highest child poverty rate in Canada is in Nunavut, at 34.4 per cent. Manitoba, with a rate of 28.4 per cent, has the highest of any province.

One of the 60+ recommendations is a significant increase to the Canada Child Benefit which has not been keeping up with inflation. We are hearing about steeply rising food costs across the country and this is a huge issue in the North.

It's appalling that in any region of this country more than a third of children live without the basic necessities for a healthy and whole life.

During the past two years so many congregations and the United Church as a denomination have reeled in the midst of the chaos created by the pandemic. Still, efforts continue to respond to poverty, which is a glimmer of hope amidst so much bleak news.

As Advent commences this weekend we will celebrate the theme of Hope, which is the light of Christ, born in a stable. We can pray and act for a different reality for those who struggle to make ends meet every day.

Here is a link for the Campaign 2000 report: 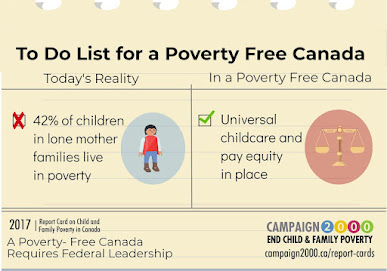