God's Artistry and Ours 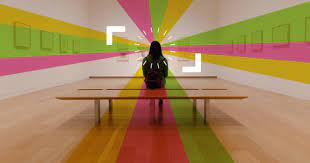 I'm leading worship at Trenton United Church tomorrow morning, a gig I was asked about back in August. Along the way to deepest, darkest November we took in a current exhibit at the wonderful McMichael Canadian Art Gallery called Uninvited: Canadian Women Artists in the Modern Moment. As the name suggests, these women were not invited or included in the unfolding of art movements in the first half of the 20th century despite their originality and talent because of their gender.

We found the exhibit fascinating and as we meandered through the rooms I pondered the parallels between artistic expression for these women and the role of women of faith, past and present. So often women have been stifled in roles of leadership and sharing the Good News of Jesus Christ simply because they were not men. I decided that I would explore this theme in worship and discovered, to my delight, that the Hebrew scripture passage for the day in the lectionary is the story of Hannah, a woman of deep faith and prayer who is initially dismissed by the men in her life before being recognized as blessed. 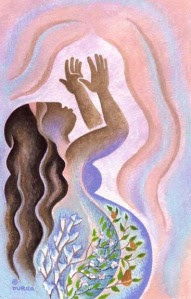 As some of you know, my undergraduate degree was in art history so through the years I've used visual images to illustrate sermons, as I will tomorrow. Many people have told me that they are visual learners and benefit from seeing as well as hearing.

I don't think it was an accident that these thoughts welled up for me while I was in an art gallery. I have visited art exhibits in galleries in many different countries and often had a sense of the transcendent and even the holy.

The Templeton Religion Trust  has been a grant to a team of scholars who are Measuring the Spiritual Dimension of Art, to use their title. The introduction asks "What if religions explored the seemingly immeasurable, spiritual effects of art? What if art could change the way we think about God?'

Dr. Kutter Callaway and his team emphasize the centrality of art to the human experience by referring to our species not as homo sapien, but instead as “homo aestheticus.” Our experience of beauty is central to the way we understand our reality physically, psychologically, and spiritually.

I am intrigued by how this will unfold, aware that the immeasurability of both art and faith are aspects of their appeal and power.

In the meantime, why not join us tomorrow morning, either in person or online? 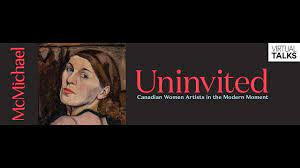