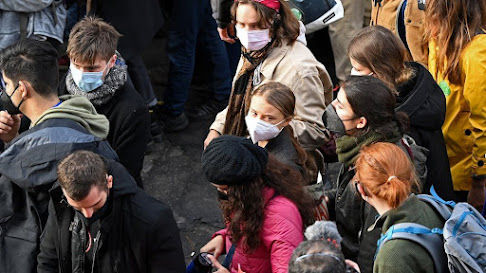 Do not let me hear Of the wisdom of old men, but rather of their folly, Their fear of fear and frenzy, their fear of possession, Of belonging to another, or to others, or to God. The only wisdom we can hope to acquire Is the wisdom of humility: humility is endless. T.S. Eliot

You probably know about Fridays for Future, the global movement of young people drawing attention to the Climate Emergency for Planet Earth, It began when 15-year-old Swedush teen , Greta Thunberg ditched school one Friday for a solitary vigil in front of the parliament building. Improbably (prividentially) her protest has taken hold amongst youth around the world with millions participating in rallies, including half a million in Montreal a couple of years ago.

Greta is in Glasgow for the COP26 climate summit and yesterday, a Friday, thousands took to the streets as a challenge to leaders who are supposed to be making decisions for the wellbeing of all living beings, including humans. In her address to the crowd Greta declared the summit already a failure, in part, I imagine, because the G20 leaders of wealthy nations had already backed away from some ambitious proposals and neither China nor India have been represented by their heads of government. China, India, and the United States have not committed to a significant reduction in the use of coal, which largely negates the willingness of other nations to do so.

Canada has made the right noises about reducing coal consumption domestically but Canada exports 15 to 18 million tonnes of thermal coal each year, an amount that has the potential to produce 33 to 40 million tonnes of carbon dioxide each year. 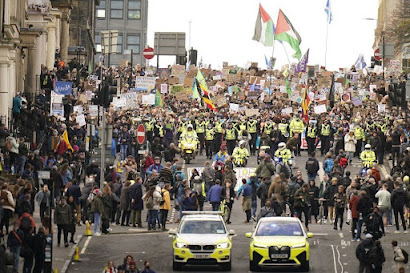 I'm glad that these young people are so vocal and understand in ways that their supposed elders don't that there is an urgency to the issues of climate change which requires action beyond vague, targetless statements. Greta may be correct, as jarring as her statement was, midway through COP26. There are more climate rallies today in different cities and many of the participants will be young.

As I've said before, Thunberg and other youth are the uncomfortably honest prophetic voices for our time. They have been scorned and derided by politicians, including former US president Voldemort, but Jesus did say that prophets do not always receive the honour they deserve. Is the God of Creation speaking through them? 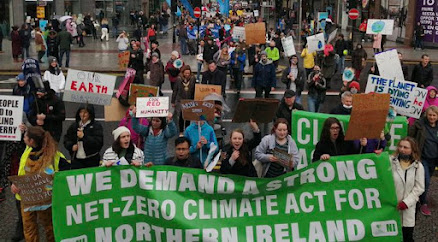