Death of a Gentle Martyr 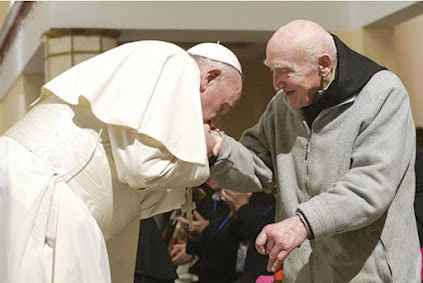 I have written a couple of times through the years about the Thirbhirine monastic community in Algeria, a small group of Christians who lived peacefully amidst a predominantlyMuslim village, sharing in their sorrows and celebrations.  When civil war erupted n the 1990's the brothers stayed out of solidarity with that Muslim community. Eventually seven of them were kidnapped and assassinated despite providing medical aid to their rebel murderers. Some of the monks survived and now the last of them, Jean-Pierre Schumacher, has died at the age of 97.

This is a story of gentle Christian witness, not through proselyzation but by living with respect and compassion amidst neighbours.  It is beautifully told in the 2010 film Of Gods and Men, which I highly recommend. The term "martyr" means witness, so they were martyrs in the best sense. 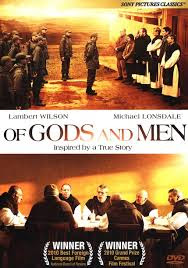 I think it takes a very special kind of spiritual depth and commitment to stay in a situation that is dangerous , giving aid to an enemy, when one could, possibly, have left and saved oneself. This story is very moving.

I agree Judy. The film Of Gods and Men is available on the free streaming service called Tubi. I watched the first few minutes again and it is moving.