What is, Acceptance of a Champion on Jeopardy? 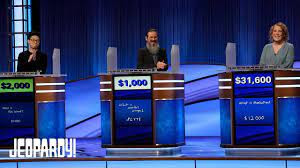 I am a Jeopardy quiz show nerd and have enjoyed the shows this Fall because several contestants have not only been repeat champions but have won often enough to qualify for the Tournament of Champions at a later date. A couple of evenings ago one of those trivia smartypants' was defeated by Amy Schneider who won again last night.

It turns out that Amy is transgender, and she pointed out on social media afterward that she is not the first transgender contestant nor the first winner:

FYI, I am not the first out trans person to appear on Jeopardy (a few friends have asked). There have been a handful before, including one, Kate Freeman, who was the first out trans champion on 12/16/20. My thanks to all of them for blazing the trail!

It's importatnt to note that Amy was accepted as a contestant withouit issue and the others on the stage competed with her as they would with any other person.

Slowly but surely we are coming to the conclusion in just about every sphere of life that people are people who can be accepted for their gifts and skills and intelligence without judgement..There is still resistance and even antagonism in some quarters, but change is happening.

Has this been slower to come about in communities of faith? The answer is certainly yes in some while others have actually led the way. The United Church has ordained transgender clergy and encouraged congregations to be welcoming and accepting. We know of a Roman Catholic school which is not only open to transgender students but has made practical efforts to educate both students and parents.Broadview Magazine of the United Church has published articles which tell the stories of trans persons. I'm of an age that transgender identity was once sinful in my mind, then the source of bewilderment. I have come to what I feel is a healthier and more Christian place of acceptance. I appreciate the transgender persons who have been patient and kind with me along the way.

I'll be watching to see how Amy does this evening as a smart women who has earned this opportunity.to be on the Jeopardy stage.

Now, who will be the new permanent host of  the show?... 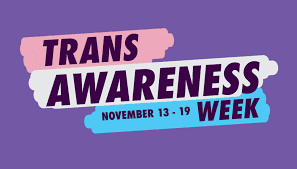