Does a COP26 Agreement have a Prayer? 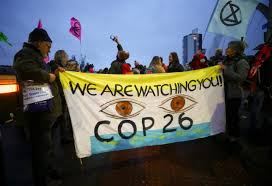 Today is the final day of two weeks for the COP26 climate summit which has taken place in Glasgow, Scotland. Tens of thousands of delegates have attended, as well as thousands more who never made it through the doors of the conference centre but were defiinitely a presence in alternative symposiums and on the streets.

Before the summit begain I assumed that I would be writing regularly about what was unfolding because we are at a critical point for the planet as it heats up, we experience more catastrophic weather events, and biodiversity diminishes. Many jurisdictions around the Earth have declared climate emergencies, so we supposedly recognize the urgency of our situations. Leaders from many nations said the right things in the first few days of COP26 and were long on earnestness and short on plans and targets.

I found that I was overwhelmed by the volume of news even though I've been deeply interested in these issues for decades. At times it is a challenge to figure out whether there has been any substantive progress and today's CBC headline in not overly encouraging: Nations at odds over how to keep 1.5 C goal alive as UN climate negotiations enter final day.

While this is not a surprise it is discouraging. One climate activist describes the final, watered down draft statement as "weasel words' used to let wealthier nations off the hook on subsidies to fossil fuel comglomerates. You may have heard that the largest contingent to COP26 is from the fossil fuel industry, a special interest which probably shouldn't be there at all, or at least not with a signficant voice. Why are we providing welfare to companies which have lied to us about their knowledge of climate change for more than 50 years and have extracted untold billions of dollars while they've done so? 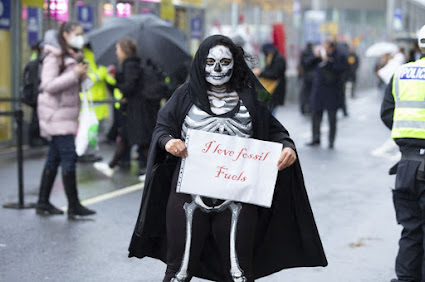 As people of faith and as those who affirm that Jesus, is the Christ, the "first-born of Creation" we can live with both urgency and hope in care for the Earth.  Pope Francis intended to participate in COP26 but those plans changed. He has urged Roman Catholics to pray for the outcome of this day. According to the New York Times:

“Time is running out,” Francis said. “This occasion must not be wasted, lest we have to face God’s judgment for our failure to be faithful stewards of the world he has entrusted to our care.”

The summit, the pope said, was meant to address “one of the great moral issues of our time: the preservation of God’s creation, given to us as a garden to be cultivated and as a common home for our human family.”

These are blunt but honest words, and we too can pray for the integrity of Creation. 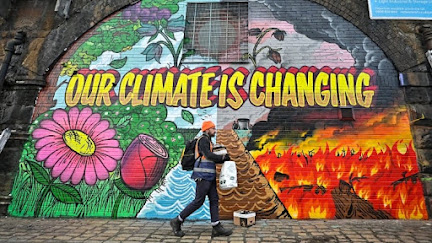